We don’t like to talk about them, but we all need them.  That’s right, the toilet.  When this house was built in the late 1800’s, it did not have a single toilet, but sometime we expect, in the mid-1900’s, two toilets and one bidet were added to the house.  This required changing one bedroom into a bathroom with a tub, wall-mounted sink and a bidet.  The plumbing had all been run up the side of the exterior of the house – which we have now rectified, and at the back of the house, a square addition was added that gave access to one toilet room on the ground floor, another on the stair at the mid-point, and atop that structure was a water collector – presumably to assist the flushing mechanism.  These rooms were small, but served their intended purpose.

These are some of the before pictures – as you will see, the electrical panels were also in the ground floor toilet room. 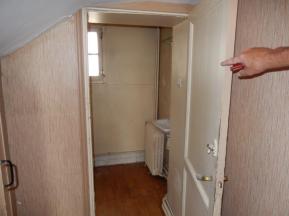 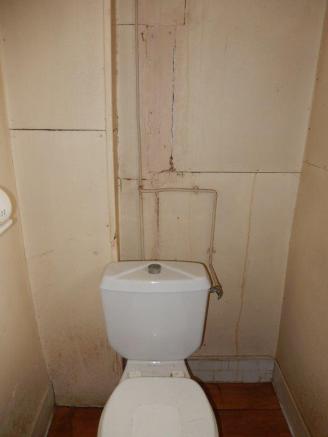 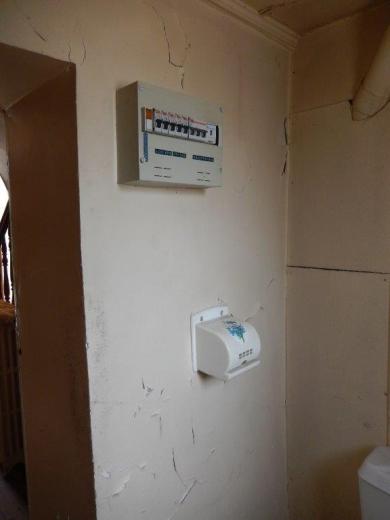 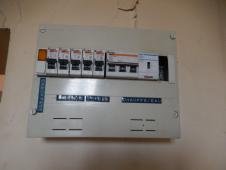 Now, I’m sure I don’t need to go into details of what was needed here.  Suffice it to say pretty much everything needed to go – and go it did!  No surprise was there had been some rotting of floor boards and beams, as well as a good deal of plaster work, new ceilings, floors, all fixtures, and new heaters.

As you can see, there was more than simply removing tile.  Since this tile was adhered to limestone, there was no way to remove it without also damaging the stone.  Toilette room two, the one on the stair landing, was fully tiled, so it then needed to be honed and then have plaster board attached to cover the entire space. 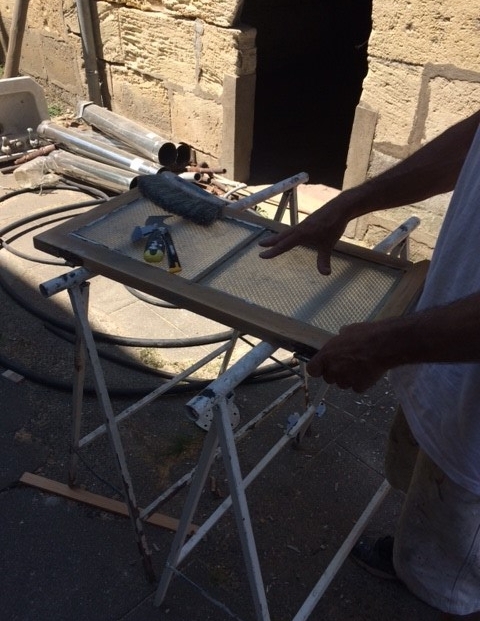 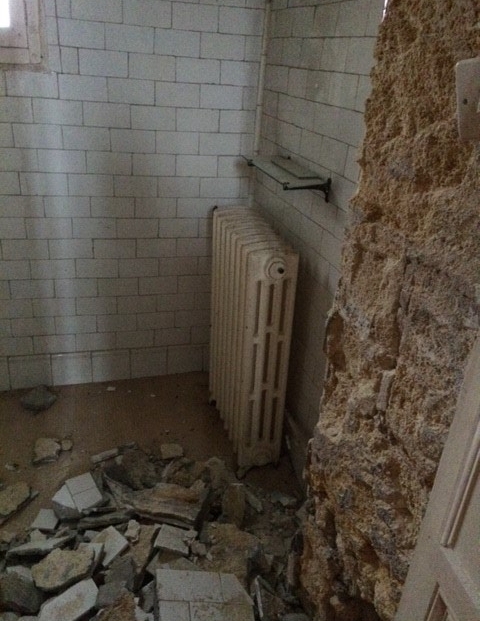 Once all finishes were removed and a plan was in place, we could begin the task of new wiring, electrical and carpentry.

Finishes were selected, and while I wanted the fixtures to be modern and practical, my goal was for the finishes to the walls and floor to be in style with the period of the house, as well as durable.  We selected a small scale marble mosaic for the floors and a large format white marble for the walls.

This small toilette room was finished by adding this oversized, ancient looking mirror to complete the look.

This was the smallest of the toilette rooms, so although we added a mirror with ancient details, we kept to a smaller scale.

We then added a bit of sparkle with a row of accent tile, and for the finishing touch, found two antique mirrors.  The toilet rooms were one of the few places we decided to utilize color on the painted portion of the walls to bring a sense of warmth into these small spaces. 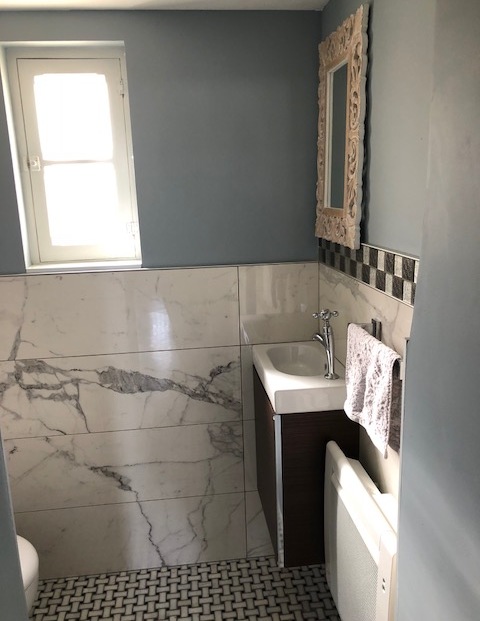 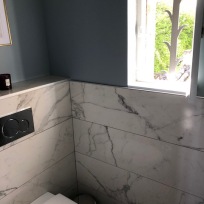 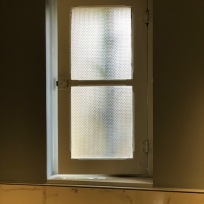 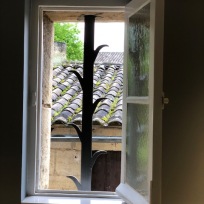 The house now has two full bathrooms with four toilets – plenty to accommodate a house full of guests!